The staff of Music Studio 307 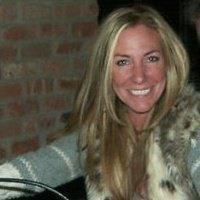 Elisa Giannelli
Owner/Executive Producer Elisa Giannelli has a Bachelor's Degree from the University of Connecticut in Storrs, CT.  Elisa has been in the performing arts since she was in middle school.  While Elisa has been performing on stages most of her life she has really excelled on the business side of the music industry.  Virtually building Music Studio 307 from the ground up, Elisa has been dubbed "The Promotional Queen of Facebook" by many of her almost 25,000 followers between all of her pages on fb, twitter, reverberation and linkedin   "If you record with us, you are definitely going to be noticed and I'm very grateful to have such awesome engineers to be proud of promoting our recordings" says Giannelli.  In addition to running the recording side of her business she is also a talent buyer/promoter for various venues in CT.  Elisa is also heavily involved in major concert events focusing on charities, she has coined the phrase "World Peace & World Hope through Music" and continues to make the phrase a reality for many in need. 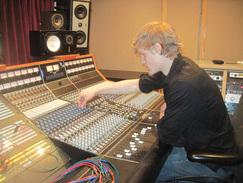 Ryan Johnson
Ryan Johnson is an accomplished producer, engineer, guitarist, composer, and bandleader from Monson, MA. Graduating with high honors from Berklee School of Music with a degree in both Music Production & Engineering and Performance, Ryan spreads his focus to include both the creative side of performance and the coordination, production, and execution of many musical projects. Ryan received the Engineering Scholar Award from Berklee, and has produced and engineered a multitude of projects in a wide variety of genres and applications. Ryan is an avid songwriter and will be releasing his debut self-produced album of jazz/fusion compositions in spring of 2016. Ryan is the guitarist and bandleader of Blackout Funk, The Soulfront Band, and the Ryan Johnson Group. He also performs with the Alchemystics and The Long Tones. 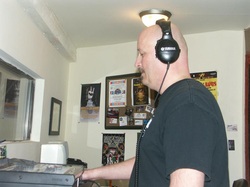 Jim Lawrence
Engineer/Producer Jim Lawrence has over 35 years recording experience. Bachelors in engineering from SUNY-Plattsburg, NY Masters in composition from Juliard and HONORARY doctorate from Berklee. Jim has done production work for people such as George Thorogood, Buddy Guy, Goo Goo Dolls, Reuben Montoya, and many others.  Jim is also a multi-instrument master musician and is currently a street performer in Las Vegas.  On his visits to Connecticut, he is available for session work.  http://www.reverbnation.com/jimilawrence